DARIA’s three-octave range and distinctive, powerful voice are the culmination of years of study with acknowledged masters of jazz, classical and popular music. Continuing to incorporate her love of Latin styles of music and world rhythms with jazz, her latest offering showcases her impeccable voice. Her passion for the music she’s chosen shines through as she fills each tune with life and energy. She builds on her solid jazz foundation and deftly breaks new ground, satisfying listeners of all persuasions. “Daria is the real deal” – All About Jazz

DARIA also brings her songwriting talent to this CD, recording three original songs that she co-wrote with other musicians. In addition, she experiments with African, Rhumba, Samba, Fusion and Pop sounds. “Each song on this CD has its own special rhythm and tempo. I wanted to do something unusual with a blend of all of these diverse influences.” This fresh approach to standards creates a much more varied and interesting recording. Each song paints a different picture, leading the listener through a palette of subtle moods and images. “With some tunes I was attracted to the melodies and others the lyrics. I wanted to have a wide range of colors to play with.” “First rate” – Don Heckman, L.A. Times

As on her previous CD, DARIA has enlisted the talents of some of the world’s most accomplished musicians. “Producers and arrangers Frank Martin (producer, arranger, pianist, composer) and Wayne Wallace (producer, arranger, trombonist, composer and triple Grammy nominee) are amazing and their contribution helped to fulfill my vision for this CD.” Her new offering also features Alex Acuna, Jose Neto, William Kennedy, Marc Russo and members of the Turtle Island String Quartet, to name a few. “Five Shining Stars!” – The Jazz Review

In 1998 DARIA released her CD "Just The Beginning" to high critical acclaim and international airplay. This CD featured an extraordinary lineup of musicians. Many of them had previously recorded and toured with such luminaries as Flora Purim, Carlos Santana, Sarah Vaughan and Zakir Hussain. A glowing review was featured in Jazz Improv Magazine, Vol. I, #2 (distributed worldwide). A compilation disc that accompanied the review included jazz giants Clifford Brown, Joe Henderson, and Randy Brecker and featured “You Stepped Out of A Dream,” a track from DARIA’s CD. "Just The Beginning" reached number 5 on the charts of WNOP radio in Cincinnati and DARIA enjoys the notable distinction of being chosen several times as favorite artist of the week on various Internet radio programs worldwide. As Jazz Now Magazine quotes, “Daria has all the equipment to propel her into the top ranks of contemporary Jazz vocalists. A well endowed voice, extensive range, diction----an unerring sense of dynamics and time. It doesn't require a crystal ball to predict that you'll be hearing much more from Daria."


Born and raised in San Francisco, California, DARIA grew up in a family of artists. Her father, a former classical violinist in the symphony, and her novelist mother, supported her creative endeavors.

DARIA’s own musical journey began at the age of 6 when she started studying classical piano. As a child, her father taught her how to read symphonic scores, giving her a foundation on which to build her skills in reading music. She sang in choirs and madrigal groups while attending grade school through high school. “I knew that I wanted to be a singer when I was a little girl,” DARIA shares. “At home I was constantly surrounded by musicians and artists and I grew up listening to all kinds of music. I fell in love with jazz when I was a teen and my parents definitely encouraged me to follow my path. When I first heard jazz I was instantly hooked. I was also drawn to popular styles of music as well as music from other cultures.”

DARIA has performed internationally and at venues and festivals including Yoshi's, Mr. E's (Pete Escovedo’s nightclub), Noe Valley Ministry, Freight and Salvage, Pearl’s, Empire Plush Room, Sweetwater, 142 Throckmorton Theatre, The Vic For Jazz (L.A.), concerts sponsored by Jazz In Flight and the San Francisco Jazz Festival, The Temecula Valley International Jazz Festival, numerous wineries, clubs in Nagoya, Brussels and Berlin. She has appeared on KGO, KPOO, KCSM, KKUP and KPFA radio and has been a featured artist on radio programs such as Sunday Night Suites and I'm Talking Jazz (KCSM). DARIA has recorded backup vocals on various projects and voice-overs for radio commercials. She is a regular touring member of the renowned Dan Hicks and the Hot Licks. The internationally known Bread and Roses charitable organization recently presented her with an award of appreciation for her outstanding performance contribution. Daria is an active member of NARAS and the California Jazz Foundation. Along with her active touring career, she is a professional vocal instructor and teaches workshops, classes and private lessons.

Cecilia Alessandra was born in Lima, Peru in a heart of a family who practiced music amaturely. In fact, the little girl quickly becomes sensitive to the music. She started performing very young, in middle school. After finishing her studies she decided to devote her life to the music, taking classes of body expression, theater and singing techniques. She began her professional career in Rio de Janeiro – Brazil. After this rich experience, she started to perform successfully in hotels, private clubs and auditoriums in her Country, Peru, singing songs in Spanish, Portuguese and English, earning a high status as a contemporary and versatile vocalist. She took the opportunity to travel to other Countries like Chile, Argentina, Ecuador, Bolivia, Mexico, Colombia and the United States singing peruvian songs, romantic music- bolero, jazz, Brazilian songs, country, blues and latin music. Blessed with her unique voice, Cecilia Alessandra has overcome all barriers including languages, but with her very own style and her electrifying charm, she has gained affection from everybody who has listened to her singing. Recently, Cecilia have launched her first CD, named CAUDALOSA, a sort of peruvian fusion but including contemporary sounds. Here you can hear some of the tracks of CAUDALOSA.

Connie Lansberg, born in LA and schooled in London, started out as a songwriter before launching onto the live scene in Melbourne and while enjoying the experience of singing songs written by the greatest songwriters ever, her real joy is singing her own compositions played by talented jazz musicians. With the help of some of the VCA’s top players, Tom Jovanovic (trumpet) James Bower (Piano) James Gilligan (Bass) Pete Hodges (drums) Connie Lansberg treats her audience to her melodic and sometimes dark stories, much in vein of June Christy’s “Night People”. She pays tribute to June Christy’s song choice as well with versions of “Something Cool” and Everything happens to Me” along with some of June’s happier tunes like “I’m in Love. 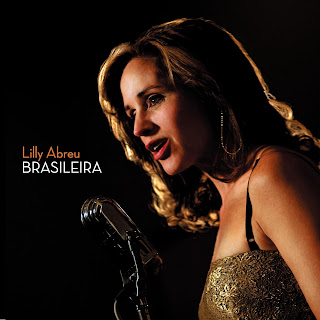 Lilly Abreu is one of Brazil’s greatest cultural assets, a versatile artist with numerous appearances as a recitalist and soloist with orchestras and chamber ensembles in France, Spain, Portugal, Argentina, United States and Brazil. Among her many honors, Lilly Abreu has performed for Brazil’s First Lady Mrs. Ruth Cardoso and at RIO ECO-92, the world ecological conference in Rio de Janeiro.

Lilly Abreu is on the roster of the Pittsburgh Opera and has been in recent productions of Romeo and Juliette, Pagliacci, Cosi Fan Tutti, Faust, Carmen, The Flying Dutchman, Street Scene, Turandot, Il Trovatore, La Traviata, Falstaff and Tosca at the Benedum Theater. Ms. Abreu has been in roles such as Pamina, Papagena, Euridice, Drusilla, Anna Gomez, Papagena and Frasquita.

Lilly Abreu was a winner of the 1998 Pittsburgh Concert Society Competition and a guest artist on the 1999 Chamber Music Concert Series where she sang the Bachianas Brasileiras 5 with the entire cello section of the Pittsburgh Symphony Orchestra. At the invitation of music director Andrés Cárdenes, Ms. Abreu sang Bach’s Wedding Cantata with the Culver City Chamber Orchestra in Hollywood and Culver City, California and appeared as a guest soloist in the Steamboat Springs “Strings in the Mountains” Festival.

In addition to her classical engagements, Ms. Abreu is also an accomplished popular music artist, performing regularly some of the greatest tunes of the Brazilian repertoire, as well as Broadway and Jazz standards. She has just released a CD of Brazilian Popular Songs with the Grammy nominated string quartet Cuarteto Latinoamericano, entitled BOSSA.

Dubbing for the Disney movies in Brazil, Lilly recorded Beauty and the Beast, Aladdin, Pocahontas, Bambi, Song of the South, 101 Dalmatians CD-ROM, and Disney on Ice in the voice of Cinderella.