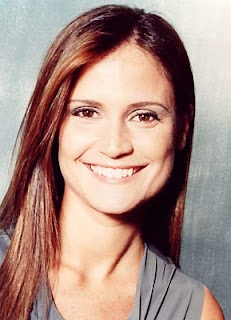 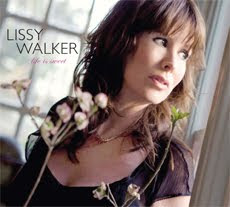 
Lissy Walker is a jazz singer, but her wide-ranging musical interests set her apart from your average chanteuse. She’s been an actress and singer for most of her life and brings a dramatic sensibility to her jazz vocals with nuances of folk, pop, and country in her performances. “When I started working on the arrangements for Life Is Sweet I chose songs by writers like Harry Nilsson, and Randy Newman because they’re the songwriters I love, along with writers we readily associate with The Great American Songbook, as well as a few from across the pond, like Ray Davies and Nick Drake.”


"I tend toward happy melodies with sad lyrics or vice versa, tunes that look at both sides of the coin. Several songs deal with mortality, or the ache of a broken heart, but the underlying theme of the album is redemption. How love affects our ability to embrace life and acknowledge the limitations of existence, and that beauty can be found in melancholy. The idea that a broken heart is better than no heart at all.”


Walker’s burnished vocals have a hint of restrained passion that suggests country music, but her phrasing, which dances around before and after the beat, is pure jazz. Her low-key approach is folky at times, but raw emotion lurks just beneath the surface, adding an alluring tension to her performances.


Lissy Walker grew up in Berkeley surrounded by artists, architects, and writers, lovers of art and music in the seventies. Both parents were classical music buffs, and it was played night and day. As a child Walker studied classical piano. “I loved playing, and the lessons gave me an important base for all the music I’ve done,” Walker recalls. “When I discovered ragtime, I asked if I could take jazz piano. My parents encouraged me to teach myself, so I bought a book of Scott Joplin rags and learned to play ragtime on my own.”


“In the 7th Grade, I saw A Midsummer Night's Dream and decided I wanted to be an actress. I went to the Young Conservatory at ACT in San Francisco. At Berkeley High School, I studied classical music and appeared in musical productions. At choir rehearsals, I could hear the jazz band down the hall. I asked the jazz teacher, Phil Hardymon, if I could sing with the jazz band and he put together a combo with some of his students.” They performed to great success at the school and got a few gigs around town.


Walker went on to study theatre and voice at UCLA, then attended the Neighborhood Playhouse School Of The Theatre in New York, studying singing, dance, and acting with Sanford Meisner, the school’s founder. After graduation, Walker became a regular player with the Home for Contemporary Theater and Art. She appeared in The School For Jolly Dogs, a revue based on English Music Hall songs and Charles Mee’s The Imperialists at the Club Cave Canem, which was picked up by Joseph Papp’s Public Theater. Walker was reviewed favorably in the New York Times.


After eight years in New York, Walker and her husband, cellist Philip Worman, moved back to San Francisco. She appeared in the award-winning productions of Tom Jones and The Sea Plays and ACT’s critically acclaimed Long Day’s Journey into Night.


Walker never stopped singing, however. She took classes at Berkeley’s Jazzschool, learning to write her own charts and create arrangements. With the help of her teacher Maye Cavallaro, she made connections in the Bay Area’s jazz community. She began to develop her folk/jazz approach to arranging and singing. Gigs at local clubs and events got positive feedback. Fellow musicians encouraged her to go into the recording studio. Local singer/songwriter, Alexis Harte suggested Jon Evans as producer. “I met Jon and we clicked. We talked about doing a jazz album with folk and pop elements, to bring together all the music I love. He suggested (pianist) John R [Burr], (drummer) Scott Amendola and a few of the other players. I wanted people who had range, for an eclectic mix of styles.”


The result is a quiet classic, with the musicians placing their restrained virtuosity in the service of Walker’s subtle vocals to deliver an album that keeps revealing its emotional and musical intensity with repeated listenings.
Posted by Jazz n Bossa at 8:37 PM No comments: