Jazz and Bossa Artist of the Month (December 2011) - Eddie Gomez 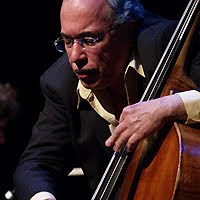 Legendary bassist EDDIE GOMEZ has been on the cutting edge of music for over four decades. The Latin GRAMMY® award-winner’s impressive resumé includes performances with jazz giants such as Miles Davis, Dizzy Gillespie, Bill Evans, Gerry Mulligan and Benny Goodman. Eddie’s unique sound and style can be heard on hundreds of recordings spanning the worlds of jazz, classical, Latin jazz, rhythm & blues, popular and contemporary music.

Joining the Bill Evans Trio was indeed a turning point in Eddie’s career. He had arrived in a big way and the jazz community took notice. For 11 years, Eddie played an integral role in the Bill Evans Trio’s sound and evolution. This period
of vast artistic growth with Bill Evans included performances throughout the United States, Europe, South America and Asia, as well as dozens of recordings – two of which won GRAMMY® awards. During this time, Eddie also realized another dream performing on many occasions with the great Miles Davis, in the Davis quintet that also featured Wayne Shorter, Herbie Hancock and Tony Williams.

In popular music, Eddie has performed and recorded with artists such as Bobby Darin, Tim Hardin, Carly Simon, Art Garfunkel, Mark Knoffler, Michael Franks, Judy Collins and Jennifer Holliday. He has also been a member of “The Gadd Gang,” Steve Gadd’s
All Star R&B/jazz band.

Today, Eddie tours and records with his own group, which he formed in 1992 with pianist Stefan Karlson and legendary drummer Jimmy Cobb. The group’s recordings include “Live in Japan,” “Dedication” and “Uptown Music.” He is composing for
his own projects as well as for film and television most notably for the prize-winning William Steig animation, “The Amazing Bone.” Eddie Gomez continues to enjoy an active, international career as a performer, recording artist, composer, educator and featured guest artist on many high profile projects.

Eddie's recent recording “Duets,” co-led with Carlos Franzetti on piano, won Best Instrumental Album at the 10th Annual Latin GRAMMY® Awards. His recordings as a leader include “Next Future,” “Outlaws,” “Live in Moscow,” “Street Smart,” “Power Play,” “Mezgo,” “Discovery,” “Gomez,” “Down Stretch,” “What’s New at F, “Palermo” and “Trio.” The recordings feature guest artists including Michael Brecker,Richard Tee, Randy Brecker, Al Foster, Steve Gadd, Chick Corea, Jeremy Steig, Jack McDuff and John Abercrombie. His recordings co-led with pianist Mark Kramer include “Entropy,” “Fiddler on the Roof” and “Art of the Heart.” In 2006, his DVD “An Evening with Eddie Gomez” was released – with Eddie and Mark Kramer performing and lecturing on the intricacies and dynamics of improvisation.

A sought-after educator, Eddie is Artistic Director at the Conservatory of Music of Puerto Rico where he has been professor and artist-in-residence since 2005. He has been artist-in-residence and associate professor of jazz double bass at the Oberlin Conservatory of Music and recently was resident artist at Stanford University, North Texas State University, Georgia State University, Jacksonville University,
and the prestigious Berklee College of Music. He gives master classes at many of the major universities and conservatories throughout the United States, Europe, Japan and South America.