Rosetta Reitz, jazz historian, author and record producer has been honored with a street dedicated to her in Leiden, Netherlands. 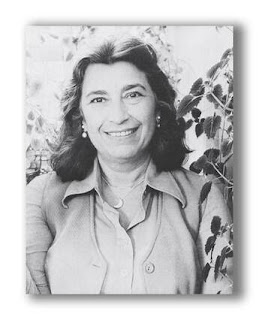 We heard the news from her daughter, Rebecca. A group of community activists in Leiden, Netherlands live in or near a street called ReitzStraat (Reitz Street) that was named for a leader in the Boer War, Francis W. Reitz.

They decided to change the dedication of the street for two reasons:
1) To rethink the role the Boers played as colonists and their link to rise of apartheid.
2) There are not enough streets named after women. 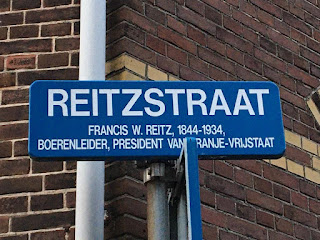 In their research to find a woman named Reitz, the Dutch activists quickly discovered Rosetta and were impressed with her all accomplishments.  They especially loved Rosetta Records, https://rosettatribute.weebly.com/rosetta-records.html the label she established in 1980 where she retrieved lost women’s blues and jazz. The double fold albums were lavishly illustrated with photos of the women.  Rosetta wrote about the historical context of the music in liner notes that presented a new view from a woman's perspective.

This thoughtful group found the tribute website, https://rosettatribute.weebly.com/ that her daughter Rebecca created and also discovered her book on Menopause and other meaningful achievements. They went ahead and created a new street sign that they placed over the old one.  They will also go through the official Council channels.

“To replace an imperialist warrior with a feminist historian is EXACTLY the kind of grassroots effort that my mother, Rosetta, would have loved,” said Rebecca. “Rosetta spent her life and creative energy correcting wrongs and giving women the chance to be heard. And now, this group has acknowledged her efforts in a most delightful and important manner.”