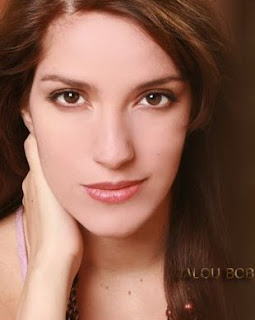 Jazz vocalist Pauline Jean is a native New Yorker of Haitian descent. In 2007 Pauline graduated cum laude from the Berklee College of Music with a BM degree in Vocal Performance. After graduating from Berklee, Pauline returned to New York and immediately became actively involved in the music community. Pauline has been building on the classic art form of jazz by adding her own fresh approach. Her repertoire includes original compositions, unique arrangements of the standards, blues and traditional Afro-Haitian music fused with jazz. Her musical renditions are performed both in English and in her parents’ native tongue kreyòl. Pauline's velvety voice has a range from the low resonance and earthiness of the great Sarah Vaughan to the electrifying voltage of Nina Simone.

Her most recent successes include performing at the 44th International Pori Jazz Festival in Finland and a tribute to Nina Simone at The Cabaret at the Connoisseur Room in Indianapolis, where she was celebrated with standing ovations by an enthusiastic audience for three stellar performances.

For more information about Pauline, please visit her website at www.paulinejean.com.

An established bandleader and prolific composer, idiomatically conversant with modern and traditional jazz, classical music, Brazilian choro, Argentine tango, and an expansive timeline of Afro-Cuban styles, Anat Cohen has established herself as one of the primary voices of her generation on both the tenor saxophone and clarinet since arriving in New York in 1999.

In September 2008, Anat Cohen released Notes From The Village, her fourth album as a leader. Recorded at Avatar studios in New York City, the album builds on Cohen's acclaimed 2007 releases, captures the thrilling energy of her live shows, and proves her to be an artistically adventurous writer and performer. Notes From The Village finds Anat leading a quartet of some of the most sought-after, engaging young performers in New York, including pianist Jason Lindner, bassist Omer Avital, and drummer Daniel Freedman, with accompaniment from guitarist Gilad Hekselman on three tracks. The album features compositions written by Cohen as well as her interpretations of songs by Fats Waller, John Coltrane, Sam Cooke and Ernesto Lecuona.

“In preparing for the recording,” says Anat “I really wanted to capture the free, risk-taking, open quality this band achieves when performing live. I also wanted to stretch my compositions, and arrangements.” Early responses to the album have been overwhelmingly positive; The New York Times’ Nate Chinen wrote that “Notes From The Village is a resounding confirmation; yes, she is the real deal”, DownBeat Magazine awarded the release four stars, stating that “Cohen makes it seem easy, mixing a gift for melody and an improvisational fluidity that has few peers today.” Anat’s previous outings, Noir and Poetica were released simultaneously in April 2007, inspiring a string of enthusiastic reviews. The Washington Post said that “Cohen has emerged as one of the brightest, most original young instrumentalists in jazz [...] [she] has expanded the vocabulary of jazz with a distinctive accent of her own.” The Village Voice spoke of her “Enviable insouciance” and how “she alludes to the mystical in a merry way,” and Downbeat magazine expressed the opinion that “Noir could be a classic” and “[Cohen’s] stately intonation and unforced elegance on clarinet could take her to the top.”

Anat has performed for audiences in New York’s Village Vanguard, Jazz Standard, Iridium, The Jazz Gallery, and the JVC Jazz Festival. She has also appeared at the Chicago Jazz Festival, Washington DC’s Kennedy Center, San Francisco’s Yoshi's, Boston’s Regattabar, the North Sea Jazz Festival, the Monterey Jazz Festival, and the Montreal Jazz Festival. Anat’s July 2007 engagement at the Village Vanguard in New York was a historic one; Anat is the first female reed player, and the first Israeli to headline at the club. Ms. Cohen’s accomplishments have been recognized in a flurry of awards and distinctions from critics and fans alike; She topped the Rising Star- Clarinet category in DownBeat Magazine’s critics poll in both 2007 and
2008, and placed prominently in a total of four categories including Rising Star Jazz Artist - where she ranked second and was the only female artist to make the list. Anat was also mentioned on DownBeat’s readers poll in 2007 and 2008. The Jazz Journalists Association named Anat Cohen Clarinetist of the Year by in both 2007 and 2008 – the first time in the history of the awards that an artist has earned top clarinet honors two years running. Noir and Poetica both appeared on many year-end best-of summary lists, including those of Paste magazine, The New York Sun, Slate, JazzTimes and others.

Born in Tel Aviv, Israel, Anat grew up with musical siblings; her older brother Yuval is himself a saxophonist of note, and her younger brother, Avishai, is one of New York’s busiest trumpeters. She began clarinet studies at age 12 and played jazz on clarinet for the first time in the Jaffa Conservatory’s Dixieland band. At 16, she joined the school’s big band and learned to play the tenor saxophone. The same year, Anat entered the prestigious “Thelma Yelin” High School for the Arts, where she majored in jazz. After graduation, she discharged her mandatory Israeli military service duty from 1993-95, playing tenor saxophone in the Israeli Air Force band.
In 1996, Anat matriculated at Berklee College of Music in Boston. There she met faculty member Phil Wilson, who encouraged her to play clarinet, and other inspiring teachers such as Greg Hopkins, Ed Tomassi, Hal Crook, George Garzone, and Bill Pierce, and an elite international peer group of students.

During her Berklee years, Anat visited New York during breaks between semesters, making a beeline for Smalls to soak up the hybrid of grooves, world music and mainstream jazz that people like Jason Lindner and Omer Avital were then evolving. Back in Boston, she played tenor saxophone in a variety of musical contexts with various bands including Afro-Cuban, Argentinean, klezmer, contemporary Brazilian music and classical Brazilian choro. Anat also began her association with Sherrie Maricle’s top-shelf allwoman big band Diva Jazz Orchestra, which continued into the new millennium.

Once ensconced in New York, Anat quickly found work in various Brazilian ensembles like the Choro Ensemble and Duduka Da Fonseca’s Samba Jazz Quintet, and started performing with David Ostwald’s “Gully Low Jazz Band,” which explores the music of Louis Armstrong, Bix Beiderbecke, Jelly Roll Morton, Sidney Bechet and their Pan-American contemporaries. Anat documented her bona fides on her debut CD, Place and Time, one of All About Jazz-New York’s “Best Debut Albums of 2005.” On the liner notes for Notes From the Village, Ira Gitler writes “She is formidable. Long may she continue to enrich the music in myriad ways.” There is every indication that her star will continue to rise for a long time to come. 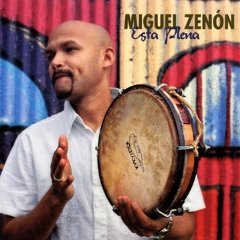 “This young musician and composer is at once reestablishing the artistic, cultural, and social tradition of jazz while creating an entirely new jazz language for the 21st century.”

Guggenheim and MacArthur Fellow Miguel Zenón was born and raised in San Juan, Puerto Rico. There, he studied classical saxophone at the famed Escuela Libre de Musica. Although Zenón was exposed to jazz while in high school, it wasn’t until he began his studies at the Berklee School of Music that his formal jazz training began. After graduating from Berklee, Zenón received a scholarship to attend Manhattan School of Music and in 2001, he received a Masters in Saxophone Performance. The distinguished list of educators he has studied with include: Angel Marrero, Leslie Lopez, Rafael Martinez, Danilo Perez, Dick Oatts, Dave Liebman, George Garzone and Bill Pierce.

In his relatively short, but rather illustrious career, Zenón has performed and/or recorded with a quite a diverse array of artists including: David Sanchez, Charlie Haden, The Village Vanguard Orchestra, Bobby Hutcherson, Bob Moses and Mozamba, The Either Orchestra, Guillermo Klein y Los Guachos, The Mingus Big Band, Jerry Gonzalez & The Fort Apache Band, Ray Barretto, and Steve Coleman, among others.

In 2004 Zenón was asked to become one of the founding members of the SF Jazz Collective; an octet whose past and present members include Joshua Redman, Bobby Hutcherson, Nicholas Payton, Joe Lovano, Dave Douglas and Brian Blade. The members, who participate in a residency period where they workshop and rehearse new music, divide their time (roughly two months) between composing, performing and teaching. The SF Jazz Collective has toured in the US, Canada, Asia, and Europe and to date, have released five critically acclaimed live recordings, garnering them a spot in the Downbeat Critic’s Poll Rising Star Small Group category in both 2006 and 2007 – an honor which, coincidentally, they shared with Zenón’s own quartet.

The Saxophonist and Composer has released four recordings as a Leader. His debut CD Looking Forward, was selected by the New York Times as the number one independent jazz record of 2002. In 2004, after being one of the first artists signed to Marsalis Music, he released the critically acclaimed Ceremonial. This same year also marked the beginning of three consecutive years on the top of the Downbeat Critic’s Poll in the Rising Star Alto Sax category. Zenón topped that category as well in 2008,making that the fourth time in the last five years. In 2005 Zenón was honored by Billboard magazine as one of the “Faces to Watch-- 30 Under 30: Top Young Acts and Executives.” That year Zenón also released Jibaro, a tribute to the "Musica Jibara" of Puerto Rico and commissioned by a grant from the New York State Council of the Arts. Like his previous recordings, Jibaro was uniformly well received and appeared on many top ten lists including The New York Times, Latin Beat, El Nuevo Dia, and the Chicago Tribune. In 2006, the readers of Jazz Times Magazine voted him the Best New Artist of the Year. Awake, his fourth recording as a leader was released in April 2008. It was chosen as one of the Best Jazz Cd's of 2008 by Jazz.com, Jazz Improv Magazine, Cuadernos de Jazz, JazzTimes and El Nuevo Dia, among others. (Read Reviews)

In addition to touring extensively throughout the US and Europe and Latin America with his quartet, Zenón has made teaching a priority in his professional career. In 2003, as part of the Kennedy Center’s Jazz Ambassador’s Program, Zenón’s quartet was selected to teach and perform throughout West Africa. Since then he as done master classes, clinics and/or residencies in such diverse institutions as the Banff Centre, University of Manitoba, LeMoyne College, UMASS-Amherst, the Brubeck Institute, Berklee College of Music, Conservatoire de Paris, Rotterdam Conservatory, Manhattan School of Music, Amsterdam Conservatory and the Diaz Institute. Zenón also serves as a private saxophone instructor at The New School for Jazz and Contemporary Music in New York. Starting in the Fall of 2009, Zenón will be joining the Jazz Faculty at the New England Corservatory in Boston,MA.

In April 2008 Zenón received a fellowship from the prestigious John Simon Guggenheim Foundation to work on his next project, which focused on Plena Music from Puerto Rico. Later that year he was one of 25 distinguished individuals chosen to receive the coveted MacArthur Grant, also know as the “Genius Grant”.
Posted by Jazz n Bossa at 7:01 AM No comments: