Jazz and Bossa Artist of the Month (September 2014): Dave Valentin

He learned latin percussion first when he was a teenager, and then switched to flute. Valentin's teacher, the legendary Hubert Laws, suggested that he not double on saxophone because of his attractive sound on the flute. He studied at the Bronx Community College. In 1977, he made his recording debut with Ricardo Marrero's group and he appeared also on a Noel Pointer album. Discovered by Dave Grusin and Larry Rosen, Valentin was the first artist signed to GRP Records, and he has been a popular attraction ever since. Valentin has recorded over 15 albums, combining the influence of pop, R&B and Brazilian music with Latin and contemporary jazz to create a slick and accessible form of crossover jazz.

In 2000, he appeared in the documentary film, Calie 54, performing with Tito Puente. He toured with El Negro and MioSotis. Since the mid-2000s, Valentin has been signed to Highnote Records, releasing World On A String (2005) and Come Fly With Me(2006). He has done several collaborations with pianist Bill O'Connell, and was a Grammy Award winner for his Caribbean Jazz Project in the early 2000's with Dave Samuels as well as a Latin Grammy Award nominee in 2006.

In 2012, he suffered a stroke following a performance at the Jazz Kitchen in Indianapolis, In. 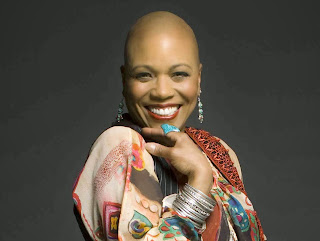 DEE DEE CAPTURED THE HEARTS of audiences worldwide in The Wiz with her signature song, If You Believe. According to Nick Ashford of Ashford and Simpson, Dee Dee’s rendition "personified a generation and gave us all hope."

AS A SPARKLING AMBASSADOR FOR JAZZ, she bathed in its music before she could walk. Her mother played the greatest albums of Ella Fitzgerald, whose artistry provided an inspiration for Dee Dee throughout her career. Her father was a trumpeter who taught music – to Booker Little, Charles Lloyd and George Coleman, among others. It is the kind of background that leaves its mark on an adolescent, especially one who appeared solo and with a trio as soon as she was able. Dee Dee’s other vocation, that of globetrotter, reared its head when she toured the Soviet Union in 1969 with the University of Illinois Big Band. A year later, she followed her then husband, Cecil Bridgewater, to New York.

DEE DEE MADE HER PHENOMENAL NEW YORK DEBUT in 1970 as the lead vocalist for the band led by Thad Jones and Mel Lewis, one of the premier jazz orchestras of the time. These New York years marked an early career in concerts and on recordings with such giants as Sonny Rollins, Dizzy Gillespie, Dexter Gordon, Max Roach and Roland Kirk, and rich experiences with Norman Connors, Stanley Clarke and Frank Foster’s "Loud Minority."

DEE DEE DOESN’T CARE MUCH FOR LABELS, and in 1974 she jumped at the chance to act and sing on Broadway where her voice, beauty and stage presence won her great success and a Tony Award for her role as Glinda the Good Witch in The Wiz. This began a long line of awards and accolades as well as opportunities to work in Tokyo, Los Angeles, Paris and in London where she garnered the coveted “Laurence Olivier” Award nomination as Best Actress for her tour de force portrayal of jazz legend Billie Holiday in Stephen Stahl’s Lady Day. Performing the lead in equally demanding acting/singing roles as Sophisticated Ladies, Cosmopolitan Greetings, Black Ballad, Carmen Jazz and the musical Cabaret (the first black actress to star as Sally Bowles), she secured her reputation as a consummate entertainer.

NAMED AMBASSADOR TO THE UNITED NATIONS’ FOOD AND AGRICULTURE ORGANIZATION (FAO) in October 1999, Dee Dee joined the battle against world hunger. Appealing for international solidarity to finance global grass-roots projects, the FAO’s Ambassadors aid in developing self-reliance in long-term conservation and management of sustainable agriculture, rural development and the conservation and management of natural resources.

TAKING OVER THE REIGNS OF JAZZSET FROM THE ILLUSTRIOUS BRANFORD MARSALIS, Dee Dee continues to bring her message to listeners. NPR's JazzSet© with Dee Dee Bridgewater is the jazz lover's ears and eyes on the world of live music. It presents today's best jazz artists in performance on stages around the world, taking listeners to Puerto Rico and Cuba, as well as Marciac in the French countryside and across the North American continent from Montreal to Monterey.