Jazz and Bossa Artist of the Month (April 2014): Gretchen Parlato

Jazz and Bossa Artist of the Month (April 2014): Gretchen Parlato 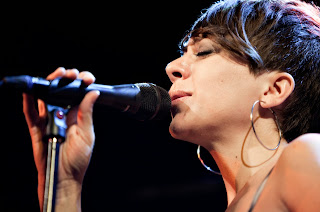 In the ten years since her arrival in New York City, Gretchen Parlato has emerged as one of the most inventive and mesmerizing vocalists of her generation. In an artful communion of space, texture and a genre-bending repertoire, she has introduced a musical sea-change, making the power of subtlety front and center in jazz.

Parlato´s new album and DVD set, Live in NYC, serves as both a gift of gratitude for those loyal fans and a window into her captivating concert performances. Style Weekly gives insight to her live performances, saying "in performance, jazz vocalist Gretchen Parlato is a revelation… her diaphanous voice expands into an instrument of impressive range, rhythmic sophistication and emotional power." The Jazz Breakfast even picks up on the differences between her records and live performance, commenting, "the New York-based Californian and her band are terrific on record, but in live performance they fill the music with even more energy, stretching it like some magic pliable plastic into new and exciting forms. The rhythmic and dynamic expertise of all four is extraordinary. They shift the accents around, they pause, and fall back in perfectly, they deepen the groove and then ´shallow´ it gently again." This set truly exemplifies the evolution of these songs since their inception years ago.

For Parlato, the release of Live in NYC is an opportunity to take a pause and look back over what has been a remarkably active and creative decade, and also to pay tribute to the city that has made it possible. "This album represents the beloved live performances we´ve shared over many years of playing together all over the world," says Parlato. "Though, it´s especially personal for me to have recorded in New York City, as 2013 marks 10 years of calling NYC my home after moving from Los Angeles."

While Parlato has performed on some of the world´s most prestigious concert halls including Carnegie Hall, Hollywood Bowl, London Jazz Festival, North Sea & Montreal Jazz Festival, she chose the intimacy of Rockwood Music Hall for this special recording. Two different incarnations of Parlato´s transfixing working bands came together for two nights in December 2012 to record Live in NYC. "Over these years of touring together, two specific bands have stood out to me: Taylor Eigsti, Alan Hampton, and Mark Guiliana, and Eigsti, Burniss Earl Travis II, and Kendrick Scott. Each band has their own unique dynamic and approach to the music. I knew I had to feature both. I´ve spent so many years touring with these wonderful musicians," she explains. "I´ve always wanted to capture and share the magical energy, connection, and interaction of a live performance. Singing with these musicians has uplifted and inspired me, each of them supporting and challenging me as a singer."

The album´s nine live tracks (four of which appear on the accompanying DVD) are culled from Parlato´s three albums but all of the material has been significantly transformed in the years since it was recorded. While her artistic growth has been evident on each successive album, it´s particularly enlightening to have the opportunity to revisit this material and witness first-hand how it has changed over years of bandstand evolution. It also allows Parlato´s dedicated fans to carry home the experience they´ve only been able to share in nightclubs or via festival stages.

"I thought of featuring the songs that been reworked into versions that are different from how we recorded them in the studio," reflects Parlato. "So much of what we do is about the interpretive and improvisatory element each time we approach the music. The live album is accompanied by a DVD, as I wanted to make sure there was a visual component to enhance the aural experience. I find it especially fascinating to watch performers live, and get a detailed look into how they approach and play their instruments, and the dynamic and often subtle interplay between musicians," says Parlato.

Herbie Hancock´s "Butterfly," which opens the album, has changed from In a Dream´s intimate trio performance with guitarist/vocalist Lionel Loueke and bassist Derrick Hodge, to a simmering, soulful full-band treatment here. "Alô Alô" from The Lost and Found, has intensified from its original multi-layered track of Parlato´s voice and percussion, to a driving rhythmic showcase, each band member playing their instruments percussively. One of Parlato´s most popular covers, a Robert Glasper re-arrangement of SWV´s "Weak," played live moves with a spacious, shifting, and elusive groove that spotlights the band´s elastic cohesion. Live in NYC closes with Parlato´s original "Better Than," with the audience singing along, almost chanting together in this spellbinding arrangement.

In documenting the evolution of song and artist, Live In NYC both captures the kinetic energy of the room and reveals the tender relationship between artist and audience. It is, at its core, a joyful expression of Parlato´s heartfelt appreciation for those she has met along the way.

"Thank you NYC, family, musicians, friends, and fans worldwide who welcomed me with open arms, supporting, challenging and inspiring me to create. This live CD is for you." – Gretchen Parlato 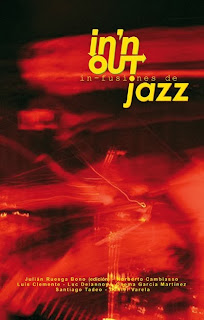