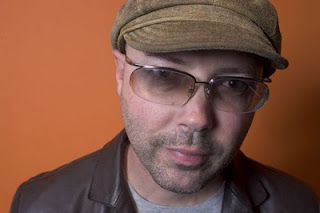 In demand US pianist, composer and arranger John Beasley has played with everyone from Miles Davis and Chick Corea to Steely Dan and James Brown. His recording credits include Hollywood blockbusters Finding Nemo and Austin Powers and he is MD for hit shows American Idol and America’s Got Talent. His latest tour brings together bassist Buster Williams and multi-reedist Bennie Maupin, two original members of Herbie Hancock’s Sextet with drummer Jeff “Tain” Watts, to play music from Beasley’s latest CD Letter to Herbie, a tribute album to Herbie Hancock.

---------------------------------
Growing up around musicians, Beasley learned how to play piano, trumpet, oboe, drums, saxophone and flute and, because of his love for jazz, declined an oboe scholarship from the Julliard after high school. Beasley went on to play, tour and record with some of the biggest names around, including Miles Davis, Freddie Hubbard, Chick Corea, Queen Latifah (MD), Christian McBride, Steely Dan (MD), James Brown, Carly Simon, Chaka Khan, The Spice Girls, Jessica Simpson and Clint Black. While touring with Miles Davis, Beasley was inspired to release his first of eight solo recordings, which was produced by Steely Dan’s Walter Becker
Recognizing his talent for composing and arranging, major film studios such as Paramount, Disney and MGM have added Beasley's original piano sound and music to their projects. His work can be heard on box office hits WALL-E, Finding Nemo, Erin Brockovich, Godfather III, A Bug's Life and Austin Powers: The Spy who Shagged Me and TV shows Cheers, Family Ties, Star Trek and Fame.

With the popularity of reality shows, Beasley, started working as Musical Director or Arranger on some of the top music and dance shows, including American Idol, Pussycat Dolls Presents, The Search for the Next Doll, America’s Got Talent and Singing Bee. On Season 4 of American Idol, Beasley was Associate Musical Director overseeing the 12 female finalists. He arranged the selected songs and coached and rehearsed the contestants for their performances. To his credit, Carrie Underwood took the title and went on to earn a GRAMMY and be a No. 1 country music sensation.
Today, Beasley continues to release new music, tour with his band, juggle studio work (commercials, TV and films), conduct workshops, produce other artists, perform and produce music award specials, work on music reality shows, and tour with Queen Latifah as her Musical Director. His eighth album, Letter to Herbie, a tribute to 2008 GRAMMY winner, Herbie Hancock, which features Christian McBride, Jeff “Tain” Watts and Roy Hargrove was released April 2008, topping the Jazz Week Charts and up for Grammy consideration.
Beasley’s latest tour brings together bassist Buster Williams and multi-reedist Bennie Maupin, two original members of Herbie Hancock’s Sextet (Mwandishi and Sextant), with drummer Jeff “Tain” Watts, to play music from Beasley’s latest CD Letter to Herbie, a tribute album to Herbie Hancock.


“the one-time keyboardist for Freddie Hubbard and Miles Davis, reflects a variety of generational influences, incorporating the emphatic chordal clusters of Herbie Hancock, the rhythmic quirkiness of Monk and the lush intelligence of Art Tatum into a highly refined personal voice.”
-- Los Angeles Times
Posted by Jazz n Bossa at 6:08 AM No comments:

Jazz and Bossa Artist of the Week - Jane Ira Bloom 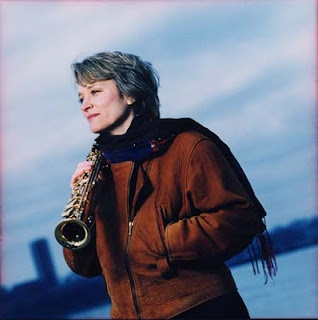 Soprano saxophonist/composer Jane Ira Bloom has been steadfastly developing her unique voice on the soprano saxophone for over 30 years. She is a pioneer in the use of live electronics and movement in jazz, as well as the possessor of "one of the most gorgeous tones and hauntingly lyrical ballad conceptions of any soprano saxophonist - Pulse."

She was recently awarded a 2007 Guggenheim Fellowship in music composition. Winner of the 2007 Mary Lou Williams Women In Jazz Award for lifetime service to jazz, the 2001, 2003, & 2006 Jazz Journalists Award for soprano sax of the year, the Downbeat International Critics Poll for soprano saxophone, the Charlie Parker Fellowship for Jazz Innovation and the International Women in Jazz Jazz Masters Award, she is the first musician ever commissioned by the NASA Art Program, and was also honored by having an asteroid named in her honor by the International Astronomical Union (asteroid 6083janeirabloom).

A strong visual thinker and a cinematic stylist, Bloom's affinity for other art forms such as painting, film, theatre and dance has both enriched her music and brought her into contact with other innovative artists such as actors Vanessa Redgrave & Joanne Woodward, painter Dan Namingha, and legendary dancer/ choreographer Carmen DeLavallade. She has composed for the American Composers Orchestra (NYC), the St. Luke's Chamber Ensemble, the Pilobolus, Paradigm, & Philadanco Dance Companies, TV movie features (Shadow of A Doubt/ NBC-TV), and film soundscores (John Sayles' Silver City) writing works for large ensemble involving her signature movement techniques. She has also collaborated with classical composers premiering new works for soprano saxophone ("Sinfonia" by Augusta Read Thomas). Bloom is the recipient of numerous grants including two artist fellowships in jazz composition from the Chamber Music America / Doris Duke New Jazz Works Program for the creation of Chasing Paint, a series of compositions inspired by painter Jackson Pollock that premiered at the Museum of Fine Arts in Houston and a suite of new compositions for her current quartet.

"Sometimes I throw sound around the band like paint and other times I play and feel as if I was carving silence like a sculptor."

She has recorded and produced albums of her music dating from 1977 to the present. In 1976 she founded her own record label & publishing company (Outline Music) and later recorded for ENJA, CBS, and Arabesque Records. Her CD Like Silver, Like Song featuring keyboardist Jamie Saft, bassist Mark Dresser, and drummer Bobby Previte appears on the innovative Artistshare label.

Bloom has been the subject of a number of media profiles; she has been featured on CBS TV's Sunday Morning, Talkin' Jazz on NBC-TV, TIME Magazine's Women: The Road Ahead special issue, in the publication Jazzwomen: Conversations w/ 21 Musicians, in the Library of Congress Women Who Dare calendar, in Life Magazine's "Living Jazz Legends," on NPR's Morning Edition, Jazzset, Live From the Kennedy Center w/ Dr. Billy Taylor, and in the documentary film Reed Royalty hosted by Branford Marsalis. She is on the faculty of the New School for Jazz & Contemporary Music in NYC, holds degrees from Yale University and Yale School of Music and studied saxophone with woodwind virtuoso Joseph Viola. Nat Hentoff has called Bloom an artist "beyond category." Bill Milkowski has called her "A true jazz original...a restlessly creative spirit, and a modern day role model for any aspiring musician who dares to follow his or her own vision."
Posted by Jazz n Bossa at 10:28 AM No comments: 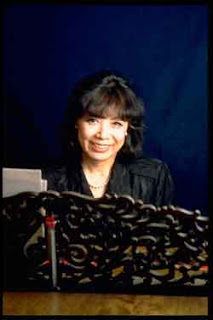 Toshiko Akiyoshi’s unique contributions to the jazz world have evolved like falling dominoes through a series of events that started with a piano-loving little Japanese girl in China and brought her to prominence as an unparalleled pianist, composer and leader of the Toshiko Akiyoshi Jazz Orchestra. Toshiko’s recordings have received a total of 14 Grammy Award nominations.

Manchurian-born Akiyoshi’s interest in the piano started at age six, by the time her family had moved back to Japan at the end of World War II. Toshiko had developed a real love for music. She soon began playing piano professionally, which eventually led to being discovered by pianist Oscar Peterson in 1952 during a Norman Granz Jazz at the Philharmonic tour of Japan. On Peterson recommendation, Toshiko recorded for Granz, and not long after, she went to the U.S. to study at the Berklee School of Music in Boston.

Her years in Boston, and later on in New York, developed her into a first class pianist. Her interest in composing and arranging came to fruition when she moved to Los Angeles in 1972 with her husband, saxophonist/flutist Lew Tabackin. The following year they formed the world-renowned big band that is now known as the Toshiko Akiyoshi Jazz Orchestra featuring Lew Tabackin. The band, which began as a vehicle for Toshiko’s own compositions, grew in stature during its 10 years on the West Coast and gained a reputation as one of the most excellent and innovative big bands in jazz. The late Leonard Feather, eminent jazz critic and author, summed up the brilliance of Toshiko Akiyoshi big band in his review of that album, “... greatness is greatness, whether on the East Coast, the West Coast in Tokyo or anywhere else in the world, I think you will find it in this magnificently variegated, consistently exciting example of one of the outstanding orchestras of our time.”

In 1986 Toshiko was the only Japanese New Yorker ever to receive New York City’s Liberty Award. In 1992, her work was performed by the North Carolina Symphony Orchestra, and the following year by the Hawaii Symphony Orchestra. In 1996 Maestro James De Priest conducted the Portland Symphony in a program of Akiyoshi’s works. In 1993 a live concert of the big band, “Strive for Jive,” was released in video. Toshiko realized a long time dream in 1996 when she completed her autobiography. “Life With Jazz.” The book is now in its fifth printing in Japanese and will soon be translated into Korean. Among the many honors she has received are the Shijahosho (1999, from the Emperor of Japan); the Japan Foundation Award, Order of the Rising Sun, Gold Rays with Rosetta (2004, from the Emperor of Japan); and the Asahi Award (2005, from the Asahi Shimbun newspaper). NEA Jazz master (2007)

In 2002 Toshiko retired her big band projects and returned to the piano, touring as a trio and sometimes a quartet with her husband, Lew Tabackin. Summing up her own career, Toshiko, with characteristic modesty commented in an interview with the San Bemardino Sun, “I would hope that my work might have more substance and more quality rather than quantity of notes. And I hope the notes I produce today are more selective than 20 years ago.”

http://www.youtube.com/watch?v=i5ZeJpgscj8&feature=player_embedded#!
Posted by Jazz n Bossa at 8:18 AM No comments: