Artist of the Week: Ayako Shirasaki 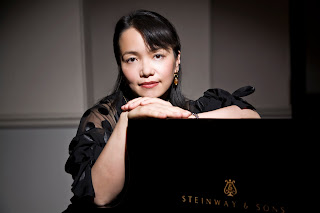 Artist of the Week: Ayako Shirasaki

Recognized in her native Japan as a jazz prodigy (in the 5th grade she was already transcribing Bud Powell solos), Ayako Shirasaki while yet a pre-teen won many prizes including the Grand Prize at the Asakusa Jazz Competition. Her professional career began at the tender age of twelve when she began regular appearances at the “J” jazz club in Tokyo. Her extraordinary talent was soon recognized, and she was featured in Swing Journal.

Extremely versatile, Ayako majored in classical music at Tokyo National University of Fine Arts and Music and performed as a classical pianist for several years after graduation. But the love of the jazz idiom instilled by her father from the age of five won out, and Ayako soon returned to her first love, winning in 1995 second prize in the prestigious First Annual Heineken Jazz Competition.

In 1997 Ayako moved to New York City where she currently resides. Her talent won her a scholarship in the masters program at the Manhattan School of Music where she studied performance with such noted teachers as Kenny Barron and Ted Rosenthal and composition with Mike Abene.

Ayako is fast making a name for herself as one of the most exciting and inventive pianists on the New York jazz scene. She has been heard at the Blue Note, The Kitano, Birdland, Cobi’s Place, Dizzy’s Club, Sugar Hill Bistro, Swing 46, Copeland’s, Cleopatra’s Needle, and Kavehaz. Her unique style and strong rhythmic sense have made her much in demand. She has played with Lewis Nash, Kalil Madi, John Benitez, Steve Kirby, Kengo Nakamura, Kenny Garrett, Clarence Penn, Kit McLure and Harold Ousley.

Ayako released two self-produced CDs in 2002, “Live in New York” with her trio and “The Duo Live” with vibraphonist Tim Collins. In August 2003, her major debut CD “Existence” (Lewis Nash on drums, Marco Panascia on bass) was released in Japan. Her second major CD “Musically Yours” was released in June, 2005. In April 2006, Ayako’s long-waited solo piano album “Home Alone” was released. Additionally she has been featured on Marian McPartlands “An NPR Jazz Christmas with Marian McPartland and Friends, Vol. 3″ and recently on “Best of 1st International Jazz Solo Piano Festival 2009″.

“Ayako is an extremely gifted musician. She is blessed with great technique, a fertile and creative imagination, a firm understanding of the jazz tradition and a real love for the music. I recommend Ayako without reservation.” - Pianist, Kenny Barron

“She is one amazing musician, and an incredible pianist and composer. One of the greatest pianists I’ve ever heard! Don’t dare miss her. Ayako has everything that makes a musician great.” - Pianist, Jessica Williams

“Shirasaki is a virtuoso whose technique ranges from a tender touch like the late Tommy Flanagan, and brisk runs like Bud Powell, but with a brilliant creativity all her own.” - Greg Thomas, Chief editor, Harlem World Magazine

“Ya’ know, the good thing about this girl is that she really can swing!!” - Dr. Buster Brown , Tap Dancer

“Ayako, you are the very best!” - Cobi Narita, Music promoter

Ayako is equally comfortable entertaining jazz piano audiences in a solo setting or as leader of a larger ensemble. Ayako attributes her ability to excel in both settings due to her command of numerous musical genres and her ability to provide a strong time feel, as if her left hand assumes the role of a seasoned bassist or percussionist. Ayako`s ability to collaborate across a wide range ofmusical settings is evidenced in recent duo performances with tap dancers, vibraphonists and horn players. Influential musicians cited by Ayako include Bill Evans, Bud Powell, Thelonious Monk and Billy Strayhorn. Ayako has performed tribute concerts in honor of several of these jazz legends and plans on performing more in the future.

Artist of the Week: Ceumar 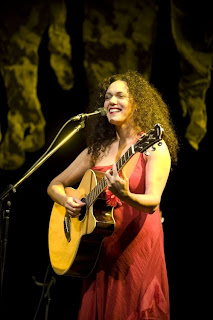 Artist of the Week: Ceumar
www.ceumar.net/
Here's a crystal clear voiced brazilian singer, named "Ceumar" ( pronounced as "say-ooh-mar") , whose name could have been an artistic reference: heaven (Ceu) and the sea (Mar) - very lyrical and a justifying metaphor for her musical approach.

When asked, Ceumar will reveal the truth of her name: it's a combination of her father's and mother's names. At home the young Ceumar was exposed to the music of artists like Milton Nascimento, Lo Borges, Clube da Esquina, Joyce and Boca Livre. When starting her own musical adventure, Ceumar tended to choose the less obvious road, not very eager to sing the songs "everybody" already sung before her. That was illustrated by her more or less first show, which she called "30 Músicas que você não ouve no radio" (30 Songs you don't hear on the radio) and contained songs by Egberto Gismonti, A Barca do Sol, Hermeto Pascoal and others.

In 2005, joined the Projeto Pixinguinha (Pixinguinha Project) roaming about the North and Center regions of Brazil. She also joined the Festival Cultura (Cultura Festival) exibited by the TV Channel “ TV Cultura”, with the song ACHOU! (by Dante Ozzetti and Luiz Tatit) achieving the second place.

In 2006 & 2007 Ceumar performed many shows in The Netherlands, Spain and Belgium. Some of these concerts were together with guitarist Dante Ozzetti, others were accompanied by the Mike Del Ferro Trio or Kokoura.

Artist of the Week: Flavia Bittencourt 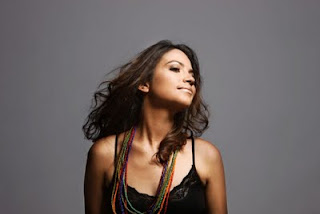 Artist of the Week: Flavia Bittencourt

Artist of the Week: Harvie S 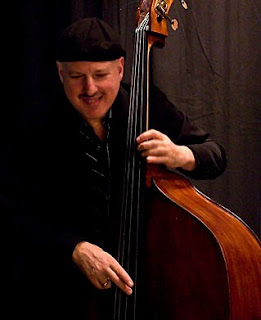 Harvie S, award winning composer, arranger, bassist, educator and producer is continually challenging himself and his peers, expanding the borders of musical direction.

He can be heard on 13 Cds as a leader. 12 as a Co-Leader and over 350 CDs as a sideman. These recordings include his work with an enormous variety of artistic voices such as James Brown, Kenny Barron, Chick Corea, Tom Harrell, Sheila Jordan, Steve Kuhn, Pat Martino, David Mathews, Virginia Mayhew, Pucho and the Latin Soul Brothers,Anat Cohen, Tyshawn Sorey Mike Stern, Donny McCaslin, John Scofield, Dr. Billy Taylor, Yusef Lateef and Grover Washington Jr.

His 2008 release with jazz legend Kenny Barron "Now was the time" on High Note records was voted best of the year and topped the Jazz Week charts for over five months.

His most recent CD released in May 2010 "Cocolamus Bridge" on the Blue Bamboo Label and premieres a panoply of original compositions by Harvie.

Harvie's innovative piece "S" was a winner in the International Song Writing competition of 2006.

and Southeast Asia in this honored capacity in 2006.

He has been a guest on NPRs "All Things Considered" and "Fresh Air." His career is documented in Leonard Feather's Encyclopedia of Jazz, the Grove Dictionary of Jazz and the All Music Guide. Mr. S composed the musical themes for the documentaries The Trumpet Kings, The Piano Legends and John Coltrane. He can been seen and heard on the music videos of Toots Thielemans, Pat Martino, Sheila Jordan, Jay Clayton, Jane Ira Bloom and countless others.

In addition to his performance career, Harvie S is an active educator. He has been a Professor of Jazz Bass and Ensembles at Manhattan School of Music for both undergraduate and graduate divisions since 1984.

Currently developing a new music for a variety of musical ensembles and recordings, Harvie S

is integrating his lifetime of musical experience and research into opening doors to new and exciting pathways of creative expression
Posted by Jazz n Bossa at 7:43 PM No comments: