Tia Fuller
Diamond Cut – Available May 25
While the phrase “diamond in the rough” often describes burgeoning talents brimming with potential, Fuller has exhibited impending greatness since emerging on the international jazz scene more than a decade ago. 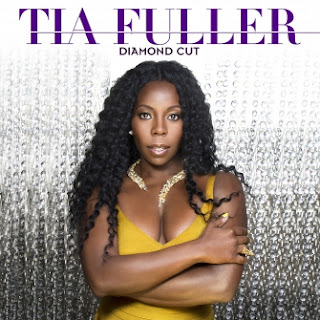 Now, her artistic capacity has blossomed tremendously, resulting in her fourth Mack Avenue Records release – the aptly titled Diamond Cut. In those six years, she’s transitioned from being a member of Beyoncé’s touring band to becoming a full-time professor at Berklee College of Music, while still juggling a demanding career as a solo artist and touring with the likes of drummer Terri Lyne Carrington, bassist Esperanza Spalding, and Ralph Peterson Jr., among others.
"…she’s one of the most gifted jazz musicians of her generation." – Ebony
"At this point in her career, Fuller finds herself amid a tight circle of the most accomplished female musicians in the business … she continues gracefully on her own path, all while forging new ground for women in jazz." – The Washington Post
Posted by Jazz n Bossa at 8:39 AM No comments:

By Martin Longley for Downbeat  I  Mar 26, 2018
The midle of March was a wonderful time in New York for august gentlemen of jazz who still perform with strength, accuracy and charisma. The enduring skills of 93-year-old saxophonist Marshall Allen, at Brooklyn’s Elsewhere, and pianist Harold Mabern, 82, down in the wild basement den of Fat Cat, were on display. 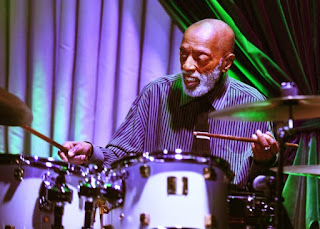 Just as energetic, focused and supple was drummer Roy Haynes, also 93, who triumphed during a four-night birthday celebration at the Blue Note club.
Haynes’ past includes work with luminaries like Charlie Parker, Lester Young, Bud Powell and Stan Getz. And that was all before hitting the age of 30. At his second set on March 16, Haynes was a dapper, nimble figure, crouching at his kit with a wiry, coiled aspect, his shirt-cuffs unbuttoned and folded back. He sported one of the biggest ties known to mankind, very loosely knotted to allow maximum freedom of movement. He was joined by long-serving quartet comrades bassist David Wong, pianist Martin Bejerano and alto saxophonist Jaleel Shaw.
Haynes is sensitized to tones, concentrating on the musicality of his tuned skins. He favors intricate rhythmic patterns that closely reflect the melodic structure of a composition. The set opened with him playing solo, establishing a feel for his bandmates to follow. Shaw reeled out his slick alto sweetness, while Bejerano poured out an uninhibited gush of notes, embellishing with great detail and finesse. Haynes still possesses a strong attack, but remains one of the most subtle percussionists around, starting with tiny rolls and building toward a rumbling onslaught.
Shaw switched to soprano for “Bemsha Swing,” penned by Haynes’ old bandleader, Thelonious Monk. Even though his touch frequently was light, Haynes still can drop a deep bomb, surprising with its sudden intensity. He held his snare-stick loosely, as though it had a life of its own, powering itself via gravity. Haynes displayed a rogue, unpredictable influence on this otherwise fairly straight-ahead quartet. His patterns were constantly bouncing in directions that listeners couldn’t anticipate and finding fresh accents. During “These Foolish Things,” Wong took a bass solo and Haynes went for a short wander, occasionally leaning back to make brief hits on a cymbal or a skin.
The bandleader used soft mallets to explore yet another palette, damping his hits and then began an extraordinary solo, which stretched into a seemingly endless eternity of magical minimalism. The entire club was completely hushed—which is a considerable achievement on a Friday night—as Haynes repeatedly snicked his hi-hat, finding slight shifts of emphasis and subtle variations. Haynes has a daring fascination for such extremity.
At the set’s close, the drummer passed his microphone to his colleagues, urging them to announce their names, as well as how many Haynes birthdays they’d been in his band for: Wong, 10; Shaw, 11; and Bejerano, 15.
Hopefully, there’ll be quite a few more for them to experience together. DB
Posted by Jazz n Bossa at 4:26 AM No comments:

Record Store Day 2018: 10 jazz records you need to know about

Record Store Day 2018: 10 jazz records you need to know about 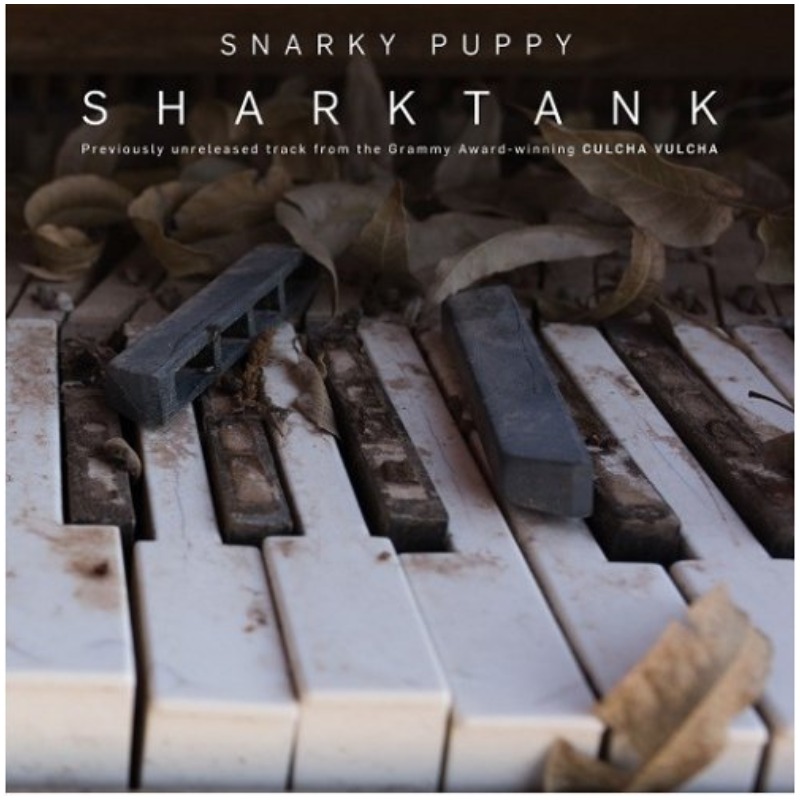 SNARKY PUPPY – “Shark Tank”Label: Ground UP Music; Quantity: 1350
This record was requested for release by fans. “Shark Tank” is the bonus track from Snarky Puppy’s 2016 album, Culcha Vulcha. It has never been released and has only been played by the band at live shows. 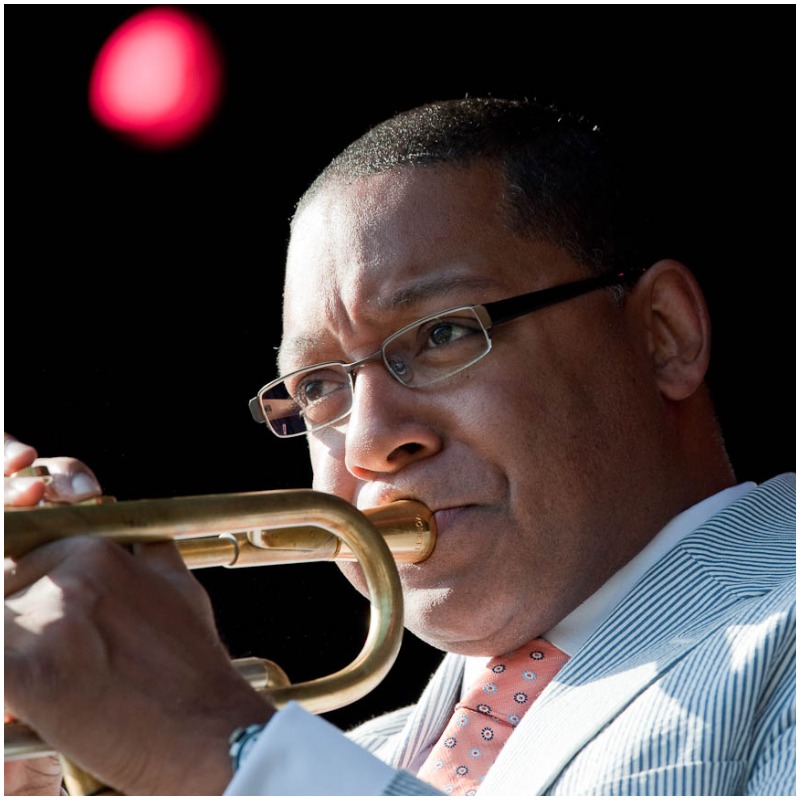 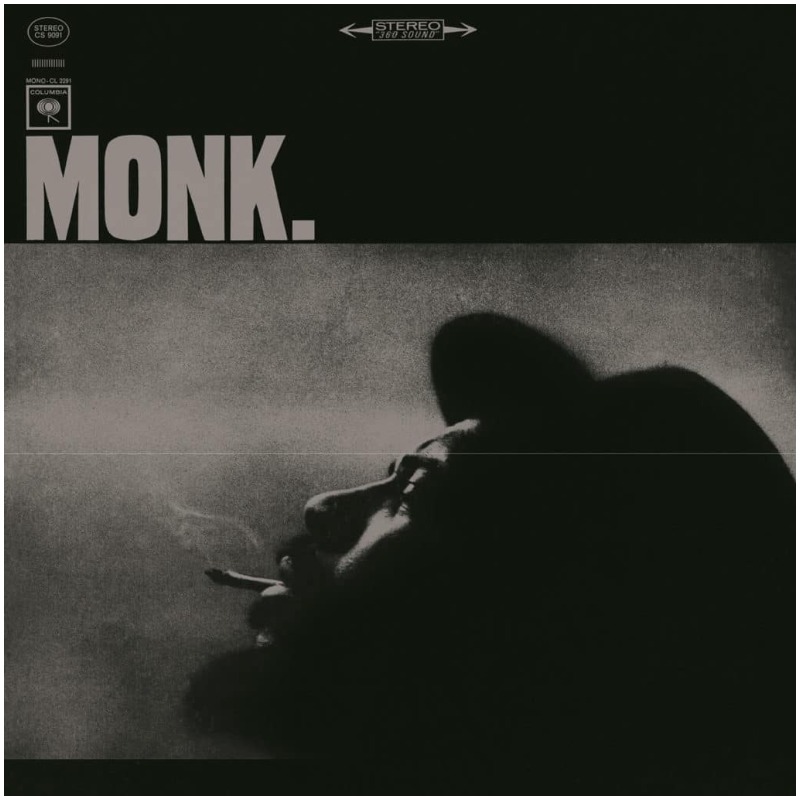 THELONIOUS MONK – MonkLabel: Columbia/Legacy; Quantity: 2500
Closing the centenary of pianist Thelonious Monk, the reissue of one of his overlooked gems: his fourth album for Columbia Records, originally released in 1964, newly remastered at high resolution from the original master tapes. 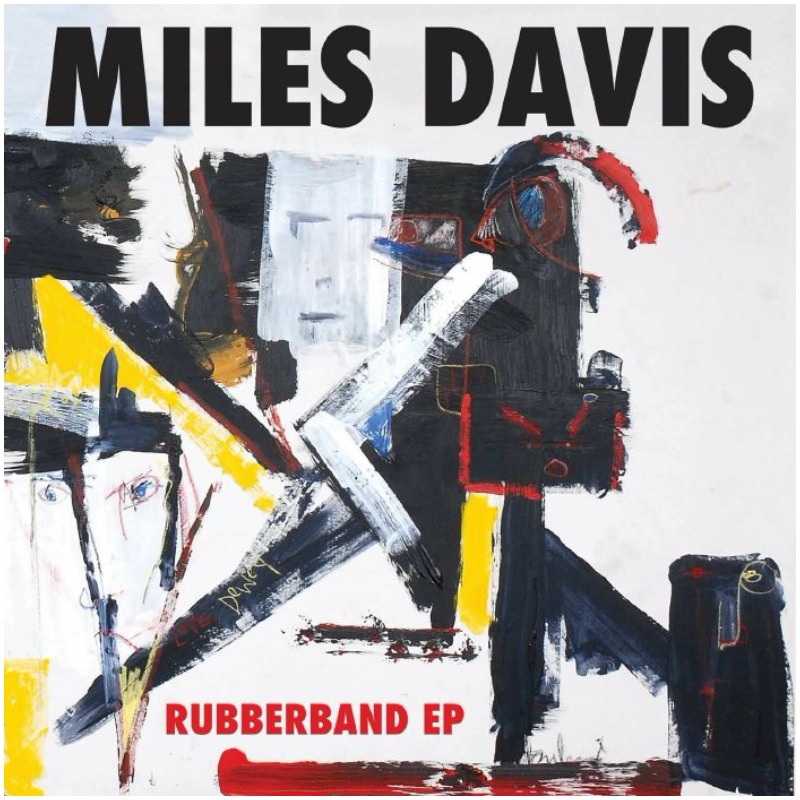 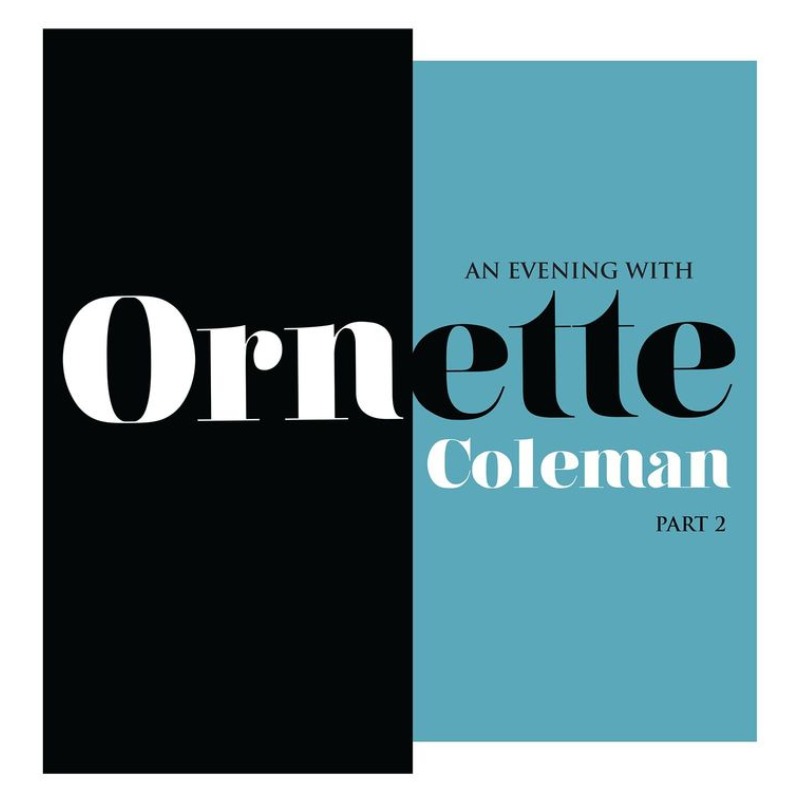 ORNETTE COLEMAN – An Evening With Ornette Coleman, Part 2Label: ORG Music; Quantity: 1600
The second of a two-part series, this record documents an Ornette Coleman concert from 1965 at Fairfield Hall in Croydon, England. At this time, the saxophonist experimented with contemporary classical forms. The recordings on this collection have been previously released in various forms, though their last U.S. vinyl pressing is now over forty years old. 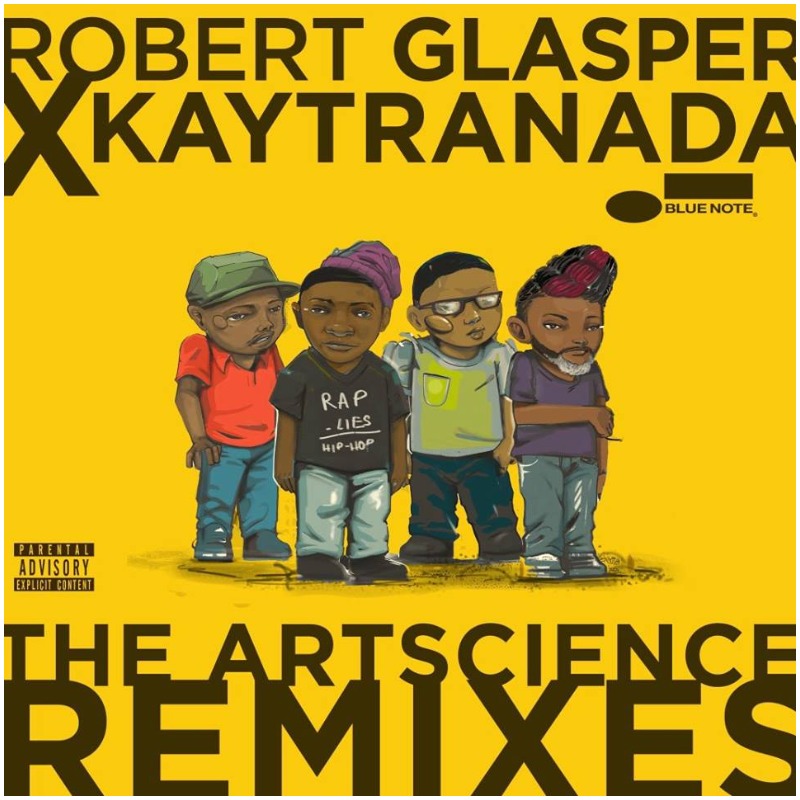 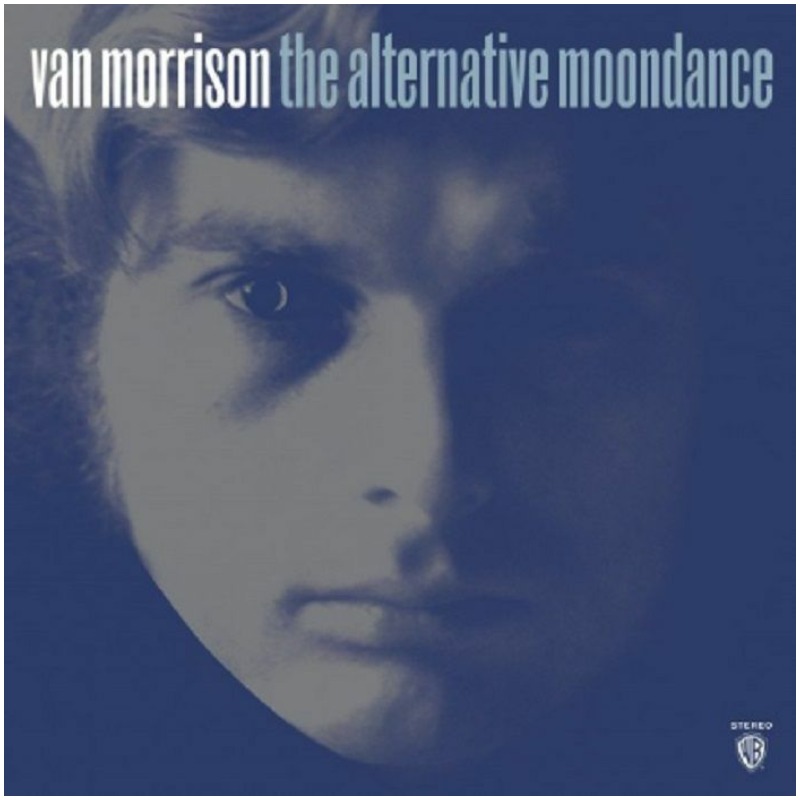 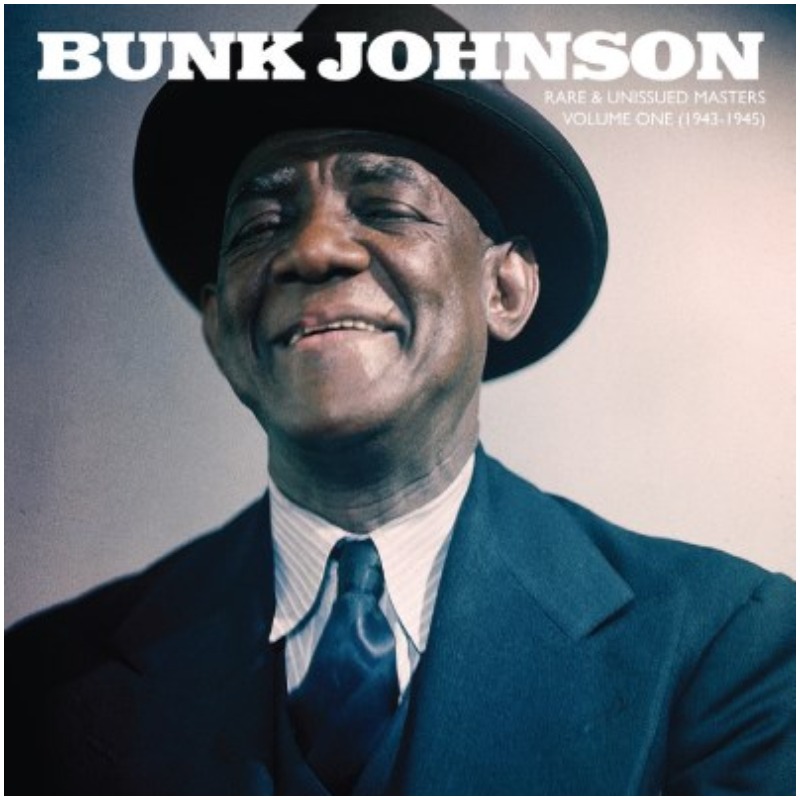 BUNK JOHNSON – Rare and Unissued Masters: Volume One (1943-1945)Label: ORG Music; Quantity: 1000
A collection of over a dozen rare and unissued tracks by trumpeter Bunk Johnson. The music presented here is of surprisingly high-quality thanks to the digital technology employed to rid it of the imperfections that prevented it from being released seventy years ago. 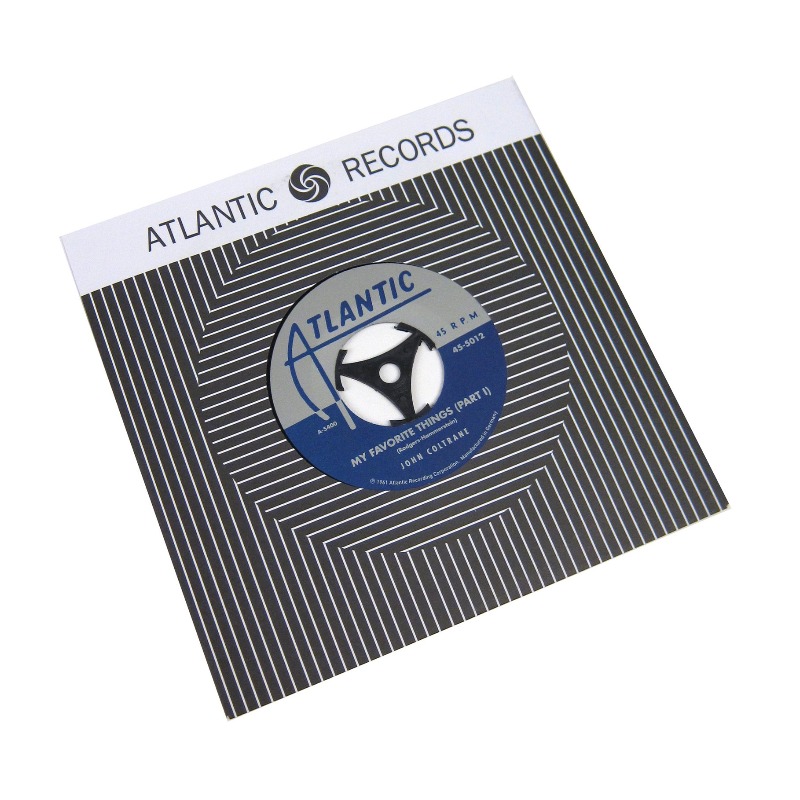 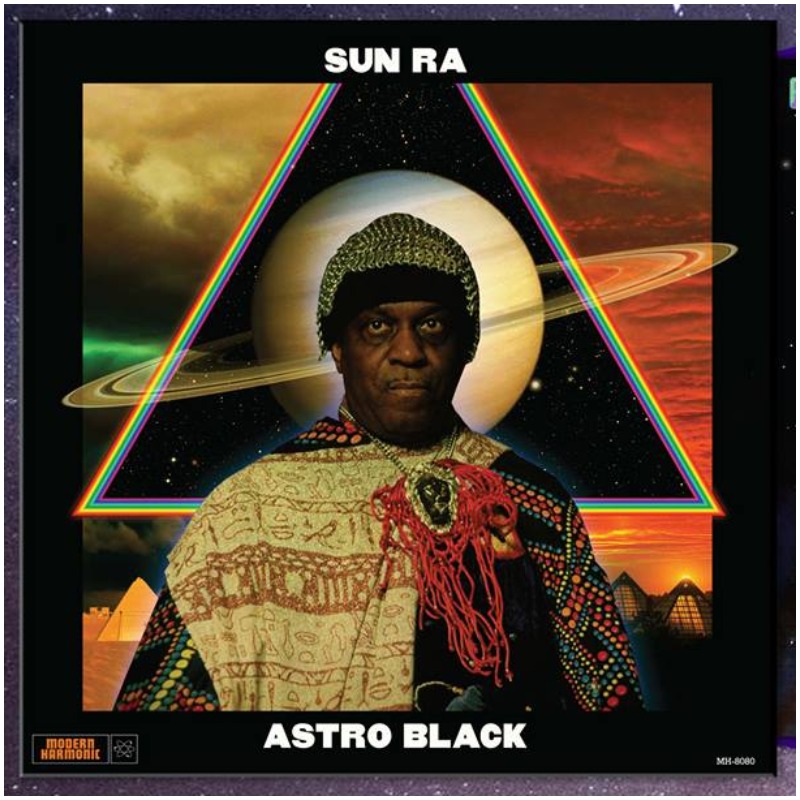 SUN RA – Astro BlackLabel: Modern Harmonic; Quantity: 1350
The rarest of four Sun Ra RSD 2018 releases and the first proper reissue of Astro Black, one of a handful of albums the bandleader released on the Impulse! label in the 1970s. Here, the Arkestra draw to the end of their ultra-free period and begin to investigate more traditional jazz forms, even on the fringes of funk.
For a full list of Record Store Day 2018 releases and more information, go to https://recordstoreday.com/
Posted by Jazz n Bossa at 4:15 AM No comments: 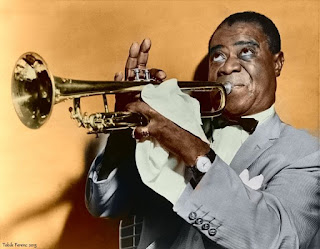 Pops Is Tops: The Verve studio Albums is a four-CD and digital set showcasing Armstrong’s singing on classic sets with the Oscar Peterson Trio and the Russ Garcia Orchestra. It includes I’ve Got The World On A String (1960), Louis Under The Stars (1958), both recorded with the Russ Garcia Orchestra, and Louis Armstrong Meets Oscar Peterson (1957), plus the previous digital-only release A Day With Satchmo (originally recorded in 1957). The albums are presented in their original mono masters for the first time since their original vinyl releases and include the original liner notes as well as extensive liners, recording, and track info by Ricky Riccardi, Director of Research Collections for the Louis Armstrong House Museum and author of What a Wonderful World: The Magic of Louis Armstrong’s Later Years. 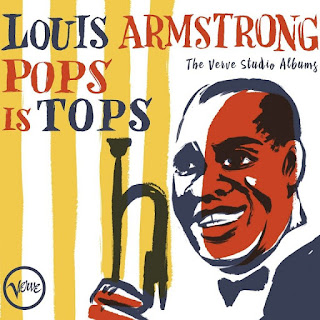